SwimRVA Hammerhead of the Month 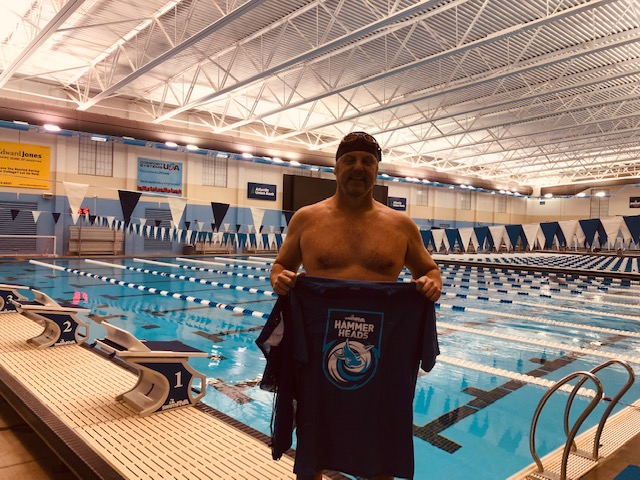 Congratulations to Allen Moran for being named the September SwimRVA Hammerhead of the Month! Here’s what his coaches had to say about his performance:

“Allen has been swimming with the program for only a few years. His relentless pursuit of swimming fitness has really paid off recently, however. Allen has moved up a lane and just last week threw down a 0:49 long course 50 Free from a push at the end of a hard sprint practice. This is coming from a guy who could barely make it through practice at all just a few years ago. We are so proud of what he’s done and are excited to see his progress moving forward.” – Coach Jay.

Congratulations, Allen, and continue to #SwimForIt! 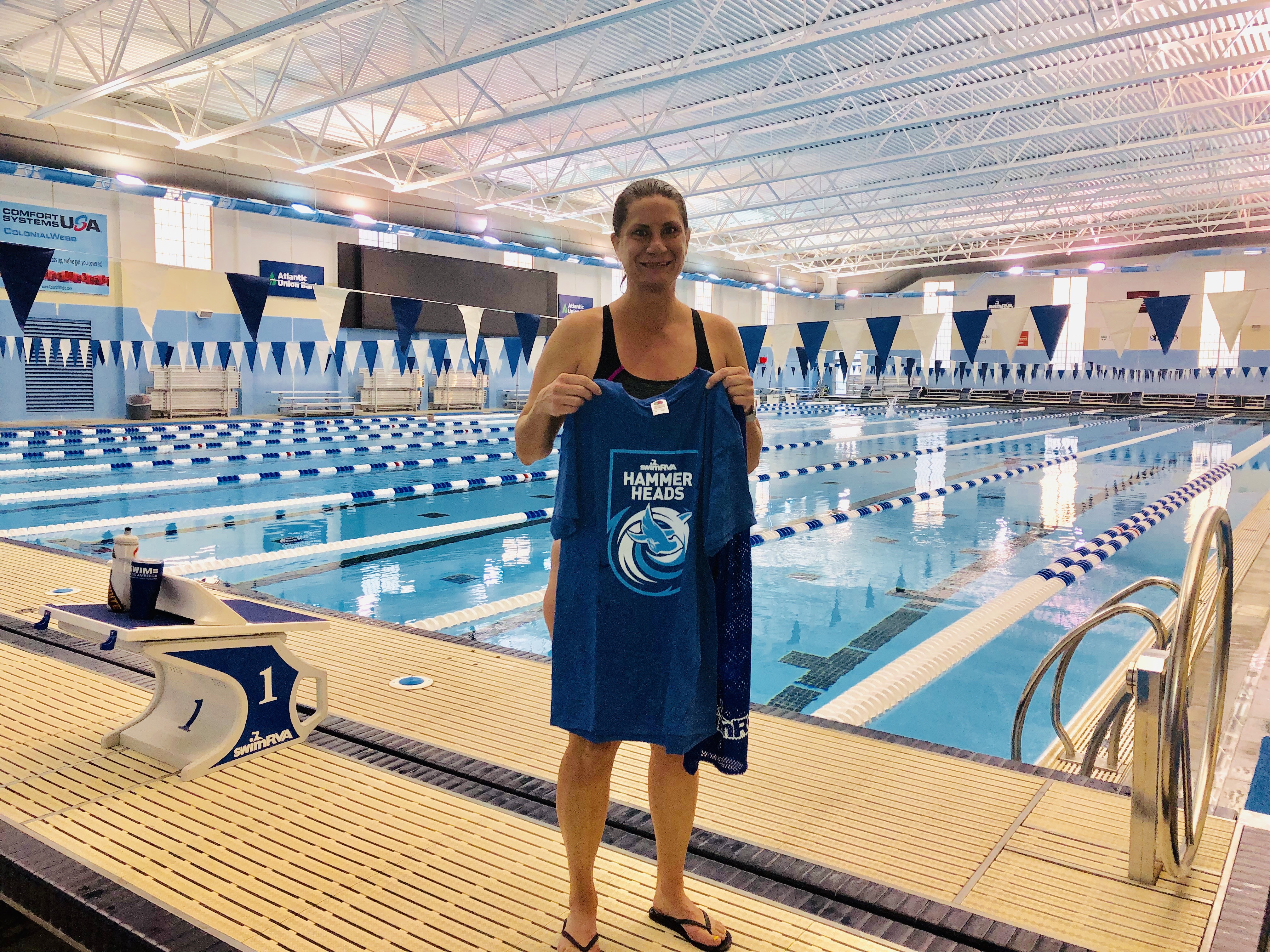 Congratulations to Carly DeHenau for being named the August SwimRVA Hammerhead of the Month! Here’s what her coaches had to say about her performance and attitude in the water:

“Carly joined the SwimRVA Hammerheads from the Pups swim group a few months back. Right away, her prowess for the sport of swimming was apparent. Carly is a dedicated swimmer who takes feedback to heart and rarely misses a morning practice. Carly never complains and always rises to the challenge in the pool. Carly’s hard work is proven by the fact that she has graduated to the LCM pool in only a few short months. Carly continues to impress me and all of the Hammerhead coaches every day.”

Keep up the great work Carly, and congratulations again! 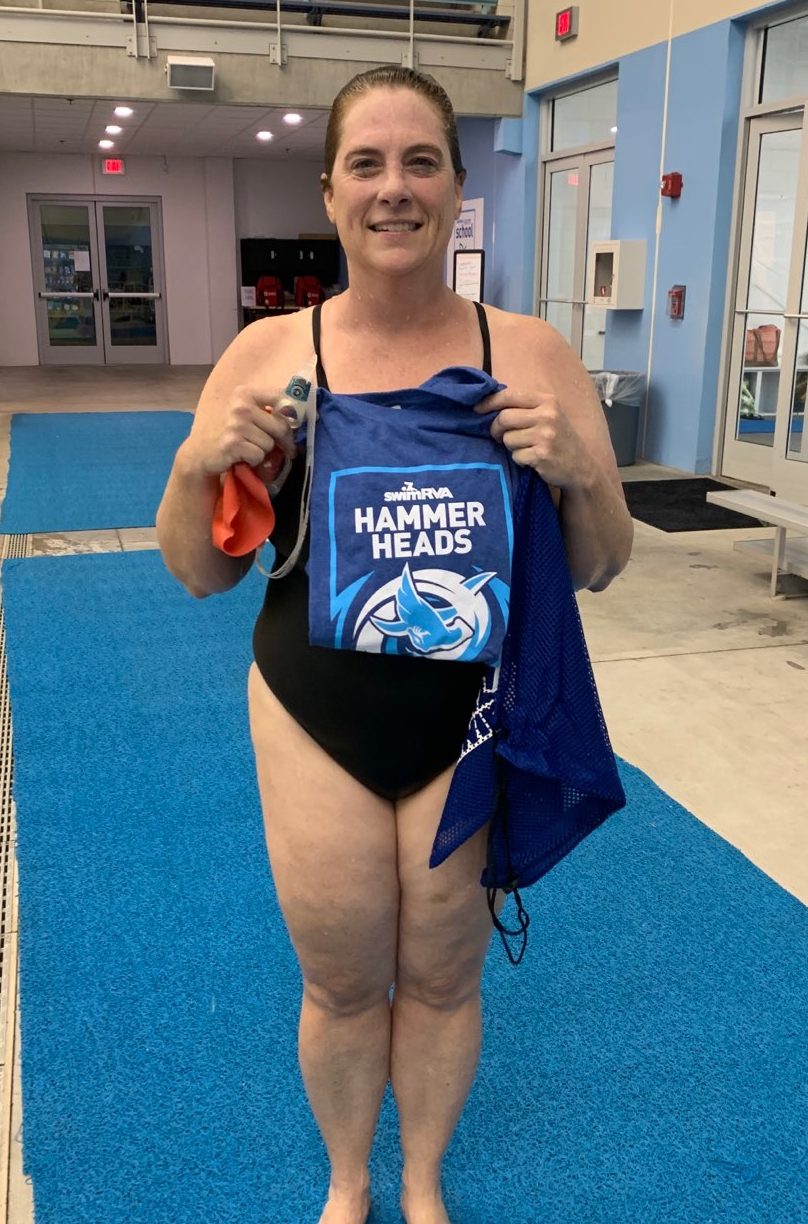 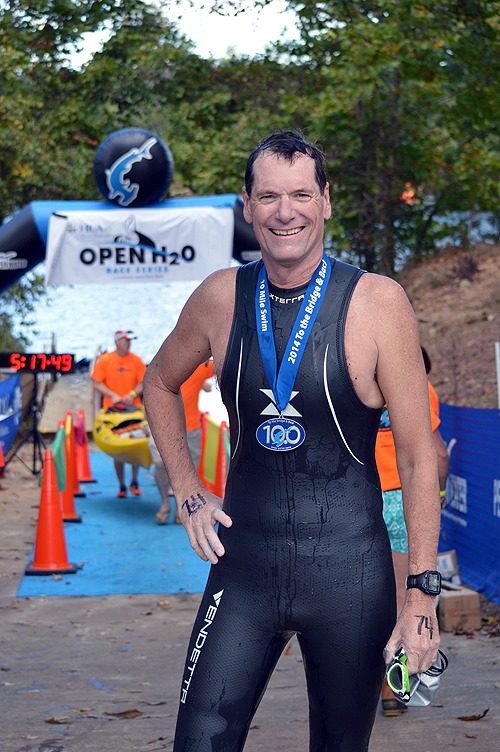 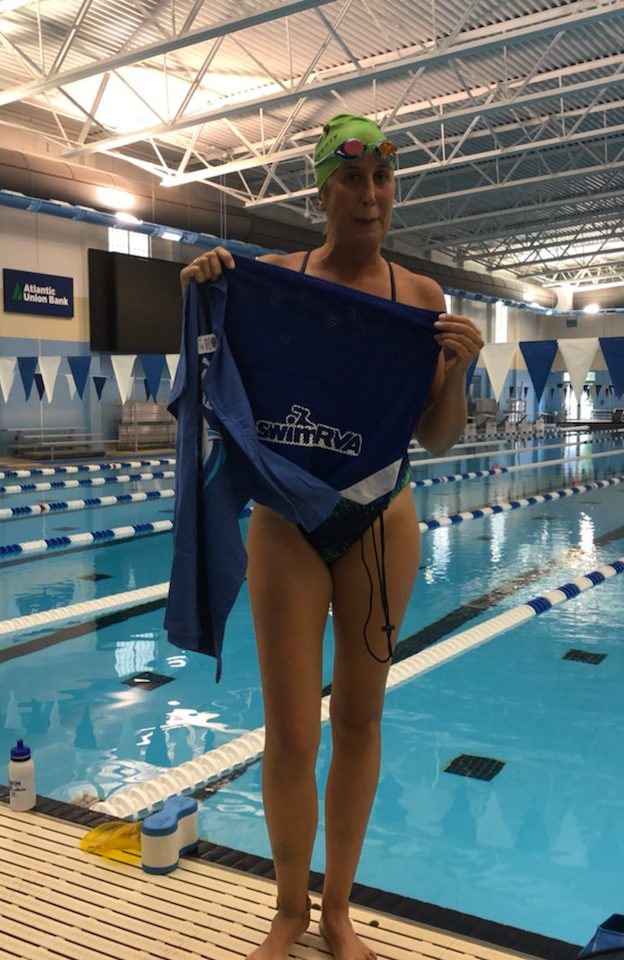 We have 3x the winners for July’s Hammerhead of the Month! Congratulations to Amy Frick, Craig Dunbar, and Tess Andres. Amy Frick completed the Swim Across Lake Tahoe, a 21-mile length-wise swim from south to north Lake Tahoe. This was an amazing comeback from a serious hand injury earlier this year.

Craig Dunbar and Tess Andres, aka Team SwimRVA Hammerheads, competed and WON the relay division of the Jim Whelan Around the Island/Open Water Festival! The 22.75 mile Swim Around the Island passes Atlantic City, Ventnor City, Margate City, and Longport. The best part about their successful swim was when they donated their $1000 prize back to the Whelan’s Whales Swim Lesson and Water Safety Program. We couldn’t be more proud. 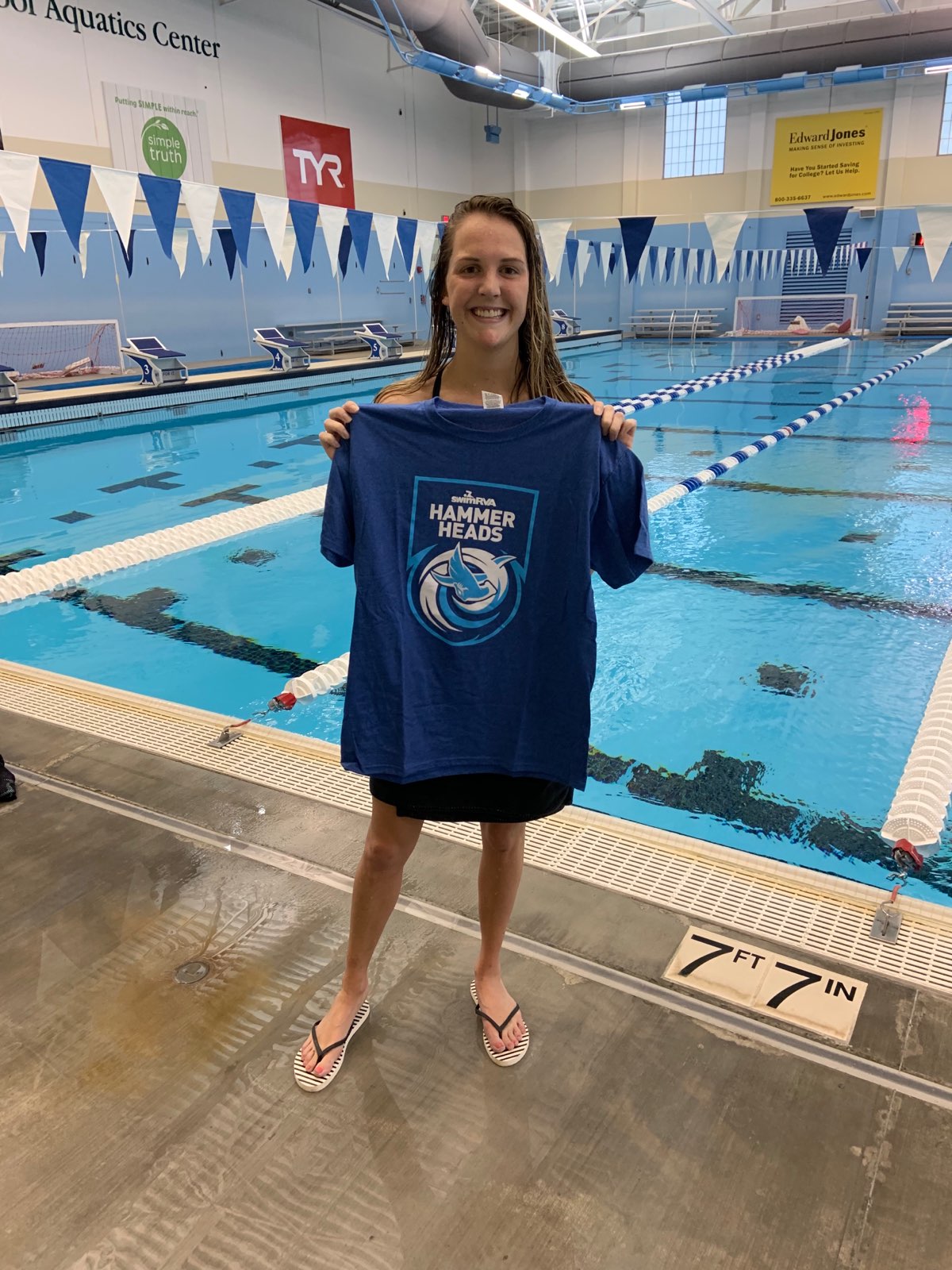 Emily is a regular at all evening workouts. Her dedication and commitment to practice have borne fruit as she is now swimming with the fastest lanes and continues to get better with each passing week. She recently won her age group at the VBLA Open Water swim in Va Beach and is an outstanding representative for the SRVA Hammerheads Program. 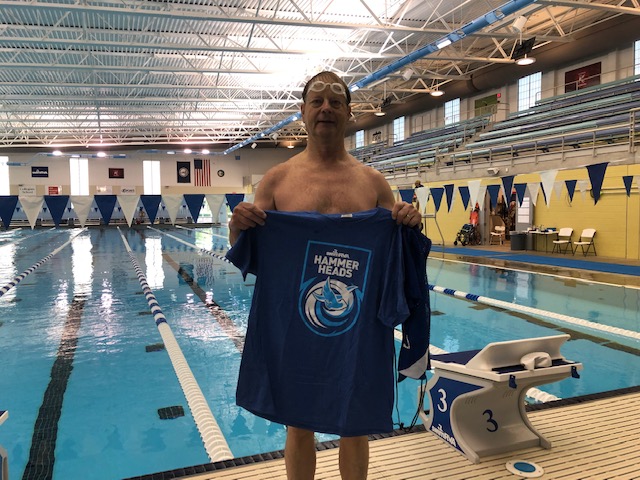 Danny is an adult on-set swimmer but has been a mainstay with the program from years. He NEVER misses a workout. He is always on time and the first to dive in right at 6am. His times have gotten progressively faster and he’s put up some of his fastest swims recently both in practice and in his triathlons where is consistently one of the top swimmers in his age group. His dedication and perseverance have paid big dividends.

Congratulations to Allison Mecadon for being named the SwimRVA Hammerhead of the Month! Allison shared what motivates her to keep working hard in the water including her daughter! 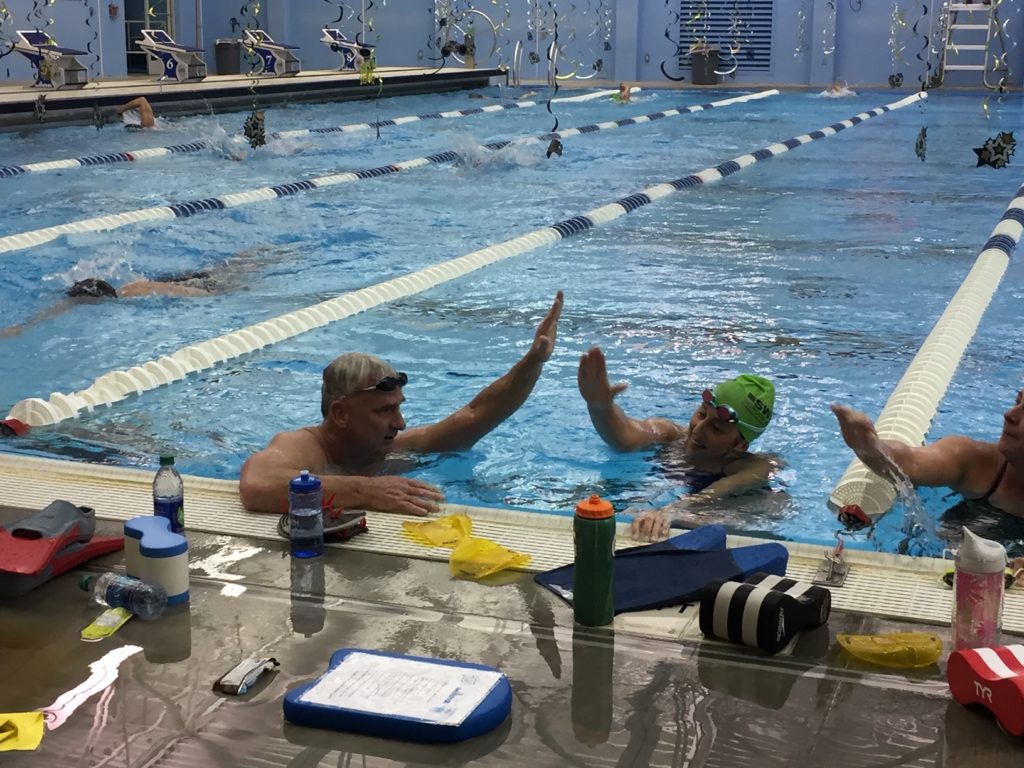 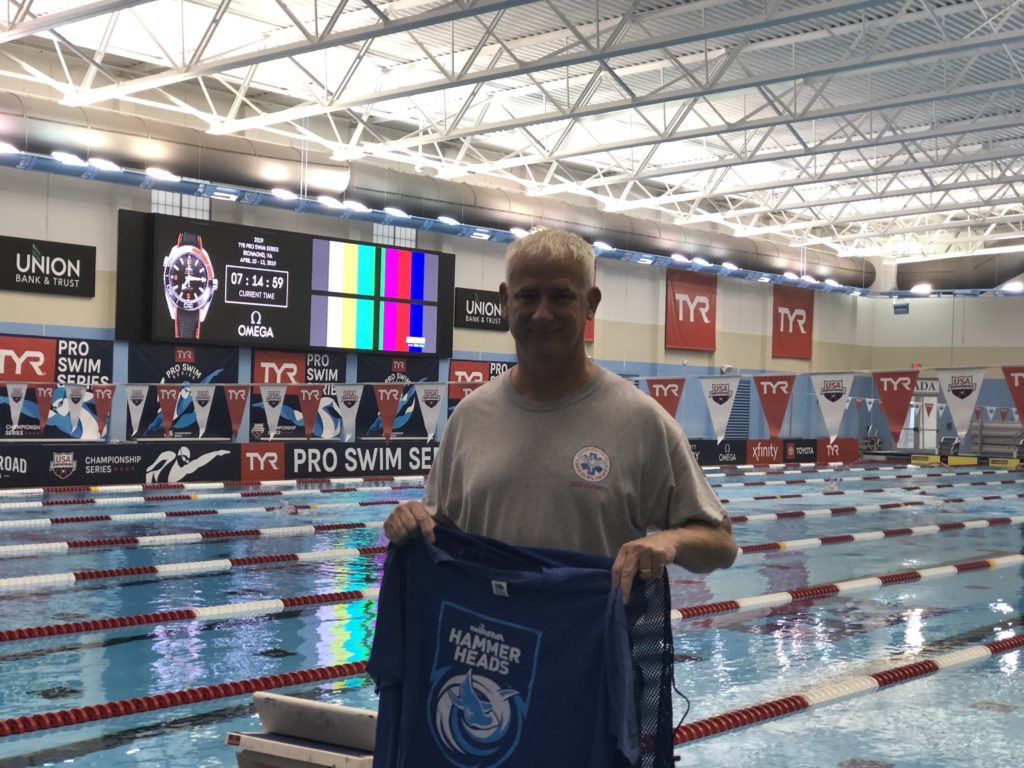 Congratulations to Jeff Bush for being named the SwimRVA Hammerhead of the Month! Jeff’s coaches shared some remarks on his hard work. “Jeff took on the “Swim 4 It” challenge and has absolutely killed it,” – Jay Peluso (Head Coach). The Hammerheads set a goal to swim at least four days a week, for twelve weeks. It’s a challenge for both the body and the mind; finding the time and energy to jump in the pool and/or open water is no small feat. The practice challenge leads up to the SwimRVA 10k Challenge in April. “Despite being a busy helicopter pilot for the Virginia State Police, Jeff has not missed a single week of four swims and it shows. He’s moved from the next to slowest lane in the pool to keeping up with our fastest swimmers and producing impressive times.”

The SwimRVA Hammerheads have multiple coaches to support varied skill levels during the same practice times. Moving up a lane means a swimmer has improved in technique, endurance, and speed. “He is the prime example of what adding that fourth swim each week can do and has set himself up for an impressive triathlon season.” 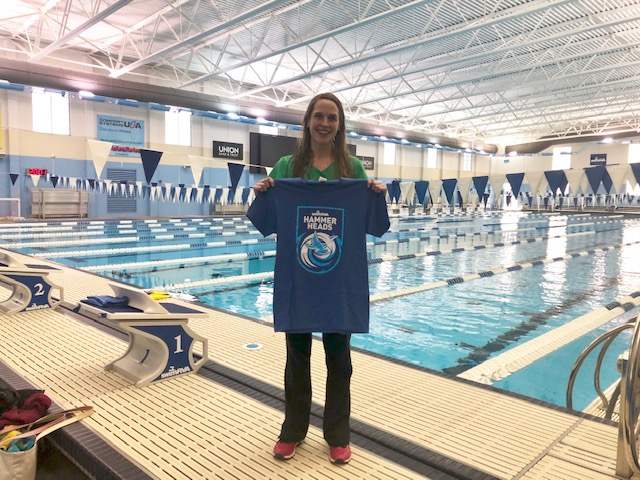 “Emily has been hard at work, trying to tune up the finer details of her stroke. She is easy to work with and makes great progress every time she is in the water. Always bringing a smile to practice, her lane mates benefit from her positive attitude.” – Coach Dan

“What I also appreciate about her is that she welcomes the non-free parts of the set (even though she is a triathlete). I have seen her doing butterfly repeatedly and never heard one complaint about it. She is very coachable and receptive to any feedback . . . I anticipate that she will see a lot of improvement by the time triathlon season starts as she has certainly put in the work.” – Coach Alice 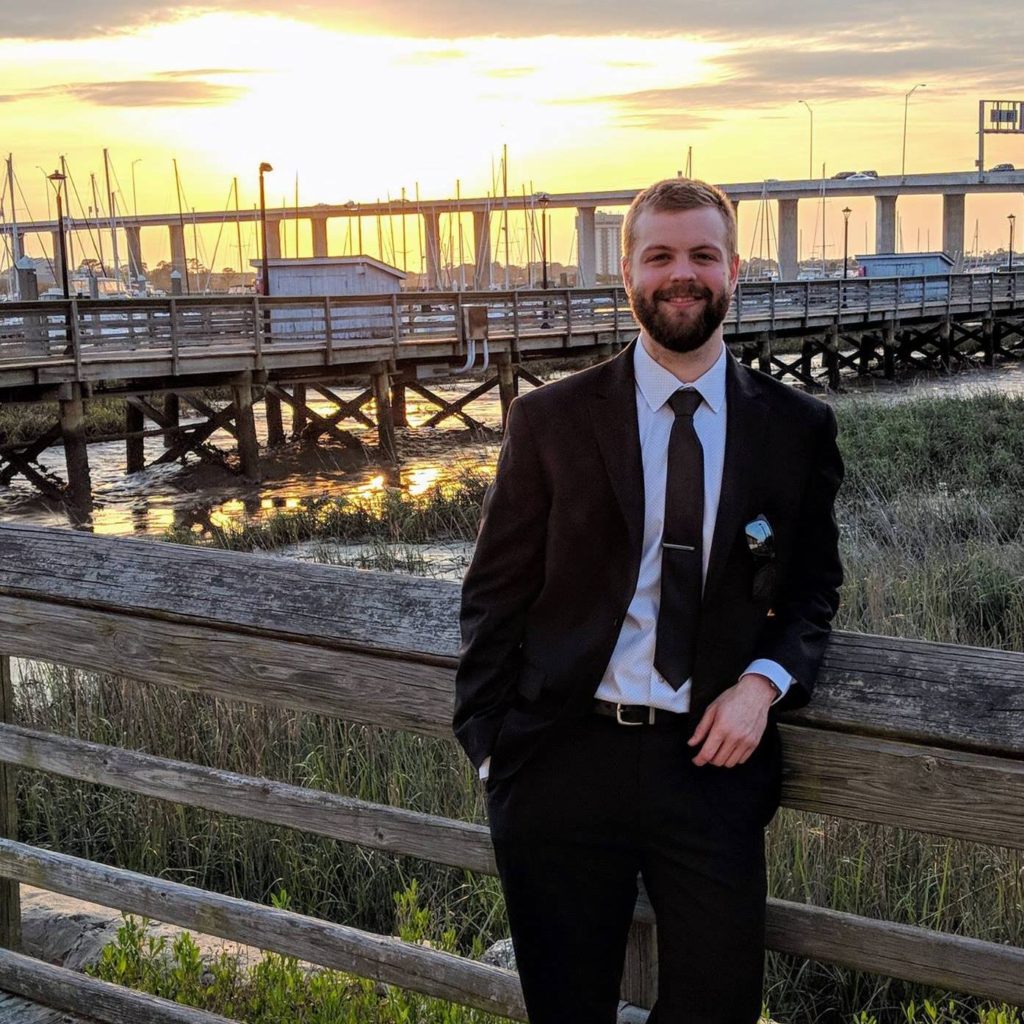 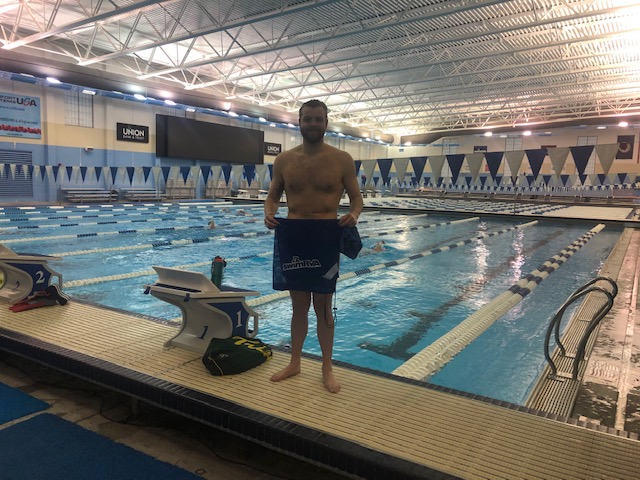 The SwimRVA Hammerheads January Hammerhead of the Month is Austin Glass!

“Austin has taken on the “Swim 4 It” challenge, and is absolutely killing it in workouts. Not only has he dropped weight, but this morning he threw down :51 100y free from a push twice! He won the 200Fr at the David Gregg Memorial Swim Meet this past weekend at NOVA and continues to raise the bar on his own training while wowing the coaches and his lane mates.”

“His CSS pace has dropped for a 1:02 to :58! The fastest in the Hammerheads program. Despite all of this, Austin remains a humble and welcoming member of the program.” – Coach Jay