The SwimRVA Rapids Water Polo team helped put Richmond on the map! This past weekend the Rapids hosted what will go down as Virginia’s first water polo state championship!
The varsity and junior varsity teams showed up and represented the fighting spirit of SwimRVA. Check out the recap provided by Head Coach Jacob Henry! 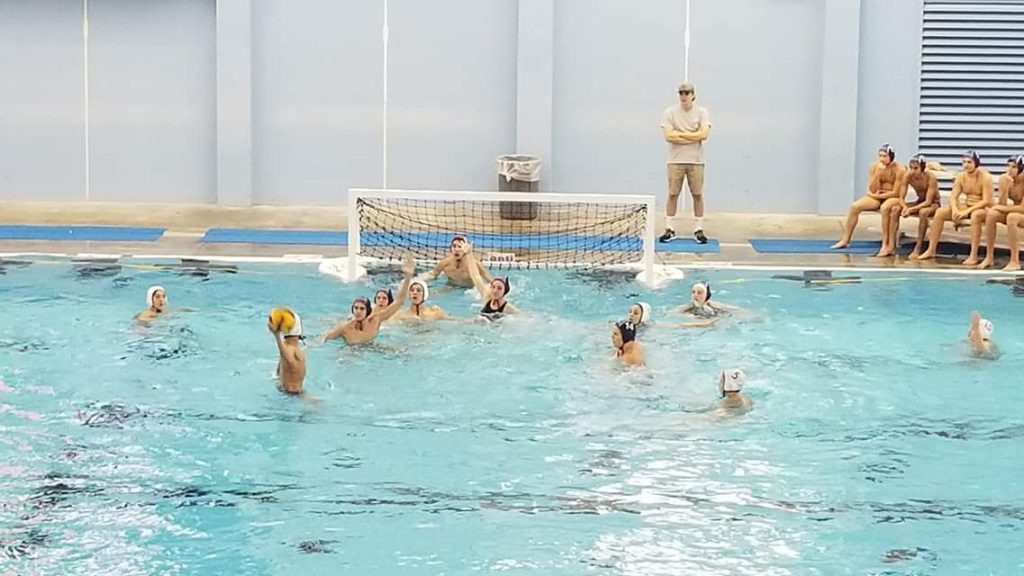 SwimRVA Black joined varsity league teams in the contest for the title this weekend. With three very competitive teams in attendance, Coach Henry said the matches were learning examples to show the JV teams what high-level polo looks like!

“I think the thing I am most proud of from our Varsity group on Saturday was their communication and ball movement. Having perimeter players drop to center when an entry pass is made is super important to stopping offenses without the center defender drawing exclusion fouls.” – Coach Jacob

“A lot of that is credited to the perimeter defenders being quick and aware when crashing on the center. Also thanks to the Rapids’ work on offensive spacing and ball movement in practice, they forced the opposing teams’ defense to move a lot and shifted them out of position, letting the shooters walk the ball towards the net while faking the goalie. A big shout out to the young varsity athletes who held their own against much older teams!” – Coach Jacob 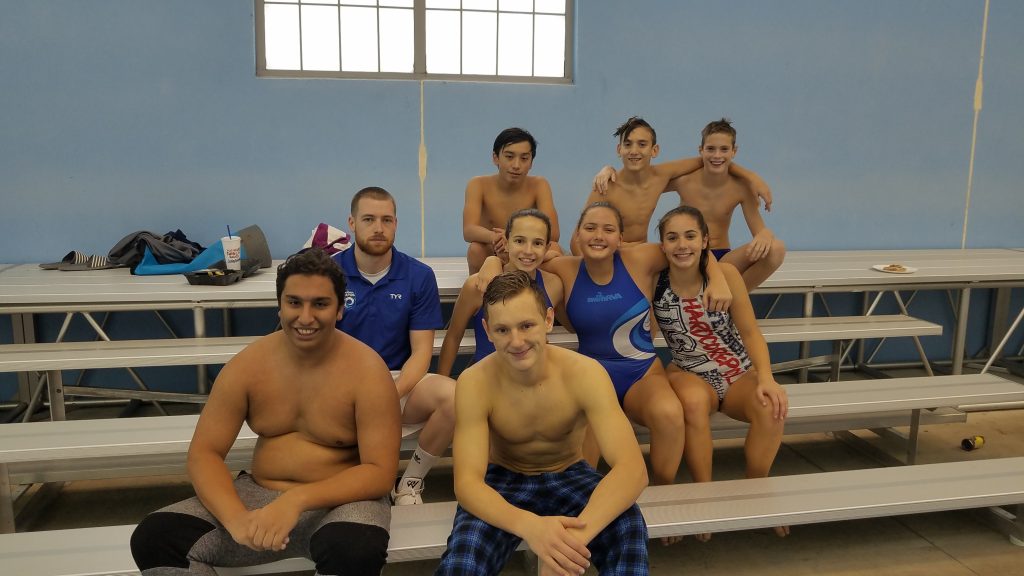 The SwimRVA White team participated in the championship-style portion of the tournament alongside seven other competitive teams. Each game played by the Rapids showed improvement from the game prior.

“By the end of the tournament, we found themselves in a super competitive game with Princess Anne HS from VA Beach! Going down six to nothing to start the game it looked like we were in for a rough game but the SwimRVA Rapids athletes kept their composure and fought back to finish with a final score of 7-11! While we still lost the game our players kept their heads in it, listened to coaching between breaks and applied that to the game to start a comeback.” – Coach Jacob

The SwimRVA Rapids players were also joined by Leila Maynard, who moved away last Summer. While she is physically no longer in Richmond she continues to maintain the Rapids heart and spirit and the team was very happy to have her compete with the team again for a weekend!

The JV tournament concluded with a thrilling championship game between the Gonzaga A-Team and the Navy JV Team. The score was close all game and had to be decided by a penalty shoot-out. After the first five shooters, the game was still tied at 13 all, and went to sudden death penalties. That means it was shot for shot, and the first team to miss or get blocked lost. Gonzaga stayed poised in the final moments and clinched the game in the very first round of sudden death penalties, winning the championship by a score of 14-13.

The tournament brought a lot of water polo players to the SwimRVA facility and Richmond. “I am looking forward to next year’s tournament and getting the word out to more teams to grow the event. Thank you for all those who volunteered on the scoring tables, officiated, or participated in any way! This event could not have been done without the support from the SwimRVA Rapids.” – Coach Jacob

Check out the full tournament schedule! Thank you to every team that came out: