This past weekend the SwimRVA Water Polo Team Black attended the first tournament of the high school season, the United States Navy Academy Battle of the Beltway. All of our games were super close and competitive and we definitely got some good experience out of it. Here is a quick recap of the event. 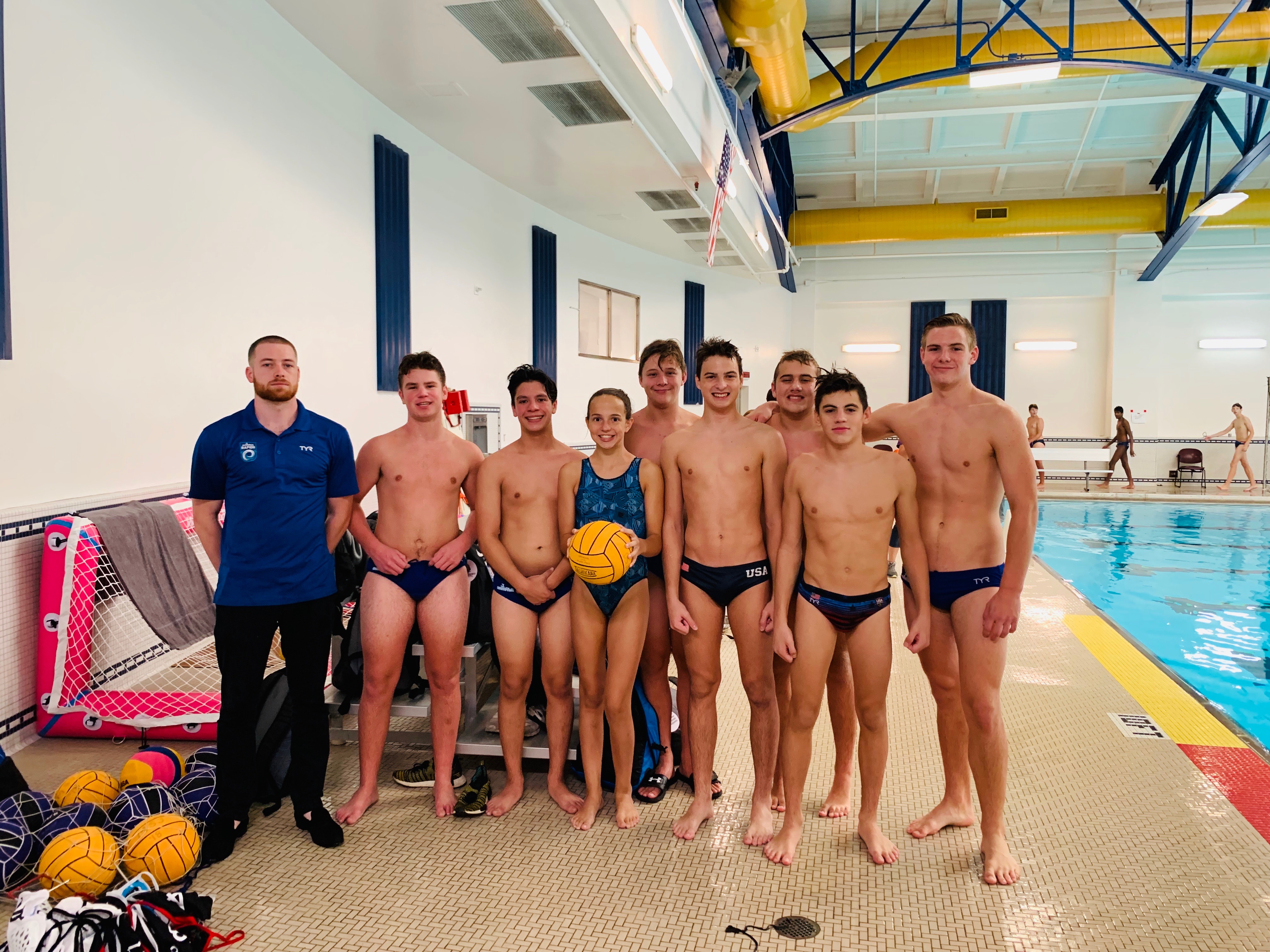 Navy Battle of the Beltway + Next Events

On Saturday the SwimRVA had two games, facing Mount St. Joseph (MSJ) first and playing Potomac later that evening. The game against MSJ impressed me with how the athletes kept their composure and stuck to our game plan. At half time in the game, we were losing 8 – 2 and MSJ had a really strong center. However, our team turned it on in the second half and came back to tie the game 10 – 10. We ended up losing the game 12 – 11 but being able to mount that quick comeback against a varsity team of mainly 17/18-year-old players was a big boost to our confidence going into the next game. Game two was against Potomac and we kept our momentum from the last game and ended up beating Potomac 14 – 12. This was a team that at this time last year was beating us 20-14. While we were in close games and lost one of them on Saturday, the growth and improvement of our team were clear.

On Sunday we saw two more games, this time against St Benedicts Prep and Capital. We started on fire, beating St Benedicts 16 – 7. Everything clicked this game for us and our ability to draw exclusions at the center and then work our man-up offense was phenomenal. Our final game was against Capital and was another very close game that came down to the last 10 seconds. We ended up losing 12-11 (again) but was able to keep the game close and competitive up until the very last seconds. With so many close games last weekend we were able to learn a lot about where we need to improve to turn those 1 goal losses into wins.

Individually, we had a lot of highlights as well. To start, it was Annika Zylus and Catharine McCann’s first game as Rapids!! Originally on the SwimRVA White team, Annika and Catharine wanted to make the trip up to Navy anyways even though their age group was unable to participate. Playing up an age group was a challenge but those two rose to it! Catharine even got her first goal ever, netting a five-meter penalty shot against St Benedicts. Stefan Lacmanovic was a constant threat to other teams and drew too many exclusions for me to count, a stat that is often overlooked but is so important to controlling a game.

By getting the opponents stronger defenders kicked out for 20 seconds we were able to control the tempo and work our man-up offense, which ties into our next highlight. Mihailo Lemaic showed other teams exactly why they do not want to be a man down. Every time we went man-up Mihailo was picking a corner and hitting it.Eventually, teams started covering him man to man regardless of whether they were a man down or not. At one point in the game against Capital, Mihailo was triple covered.

Brevin Bugauisan caught my attention in the last game against Capital where he had at LEAST 5 steals as our center defender. Quickness off the ball is something we have worked on in practice a lot of Brevin was able to jump into passing lanes and steal the ball often, not allowing their center to score on us. Ethan Miller traveled to play with us again and has started to work well with our team. I am looking forward to seeing this group improve and win more in the upcoming months!

Moving forward, we have a bunch of events coming up quickly! Here is a quick outline of the events we are attending and which age groups I want to be there: