Breast Cancer Awareness Month shines a light on a disease that affects 1 in 8 women in their lifetime. It’s the most common cancer among women worldwide, but a diagnosis does not mean a hopeless outcome! Thanks to modern medicine, over 60% of breast cancer cases are diagnosed at a localized stage where the 5-year survival rate is 99%. Holli Grubbs, a cherished SwimRVA team member, is an example of perseverance in the wake of adversity. Holli agreed to share her battle and eventual win against breast cancer in hopes that others who may be going through their own battle with cancer or may know someone that is will learn from her experiences and be motivated to fight on despite the many obstacles!

How did you first learn you were diagnosed with Breast Cancer?

“In August 2001, I was changing to go swimming when I noticed in a mirror a red splotch on my right breast. The next morning I called my primary physician who made me an appointment for a mammogram and an ultrasound. Next, I was off to see a surgeon who thought I had a fatty tumor about the size of an acorn. Nine days later I had surgery to remove what we thought was a fatty tumor, to be told when I woke up from surgery, that they were sorry but they were 99% sure I had some form of breast cancer. The “acorn” had grown to the size of a grapefruit in nine days. I was 35 years old.”

“As soon as the anesthesia wore off, I was sent upstairs at the hospital to meet Dr. Desch, the oncologist that would save my life. Dr. Desch explained to me the journey I was about to go through with chemotherapy and radiation. He said we would know which path I would be on once the biopsy results would be in. The next day I found out I had Stage 3 breast cancer with a name a mile long.”

What were some signs, symptoms, and obstacles you experienced?

“Up until I saw the splotch on my breast I did not have any signs or symptoms. I did regular monthly self-checks and never felt a lump. If found out after the biopsy that the type of cancer I had was aggressive. In fact, they watched the cells split and divide into the petri dish. Once Dr. Desch received the results of the biopsy, it was off to outpatient surgery to have a port surgically placed for the next several months of chemo, every three weeks, for the next several months I spent five hours every third Monday receiving three different chemotherapy drugs.”

“After the last round of chemo, surgery was scheduled for a right radical mastectomy. This meant my entire right breast, including the skin, was removed along with all of the lymph nodes under my right arm. After waiting five weeks to recover from the surgery, I undertook 45 rounds of radiation therapy. Once this was finished, more surgery was in my future to remove the chemo port and to start the reconstruction process.”

How did Breast Cancer affect your health and lifestyle?

“Most people don’t realize chemo wipes out your immune system. Catching a common cold is a true life threat. It makes you sluggish, It kills not only the cancer cells but also healthy cells. When my son’s scout troop went canoeing, I could not go as it was a health risk to be near dirty river water. The chemo gave me cataracts in both eyes, it ruined my teeth, and it damaged my pancreas, which caused me to become diabetic. But by the Grace of God, I’m alive enjoying my life to the fullest.” 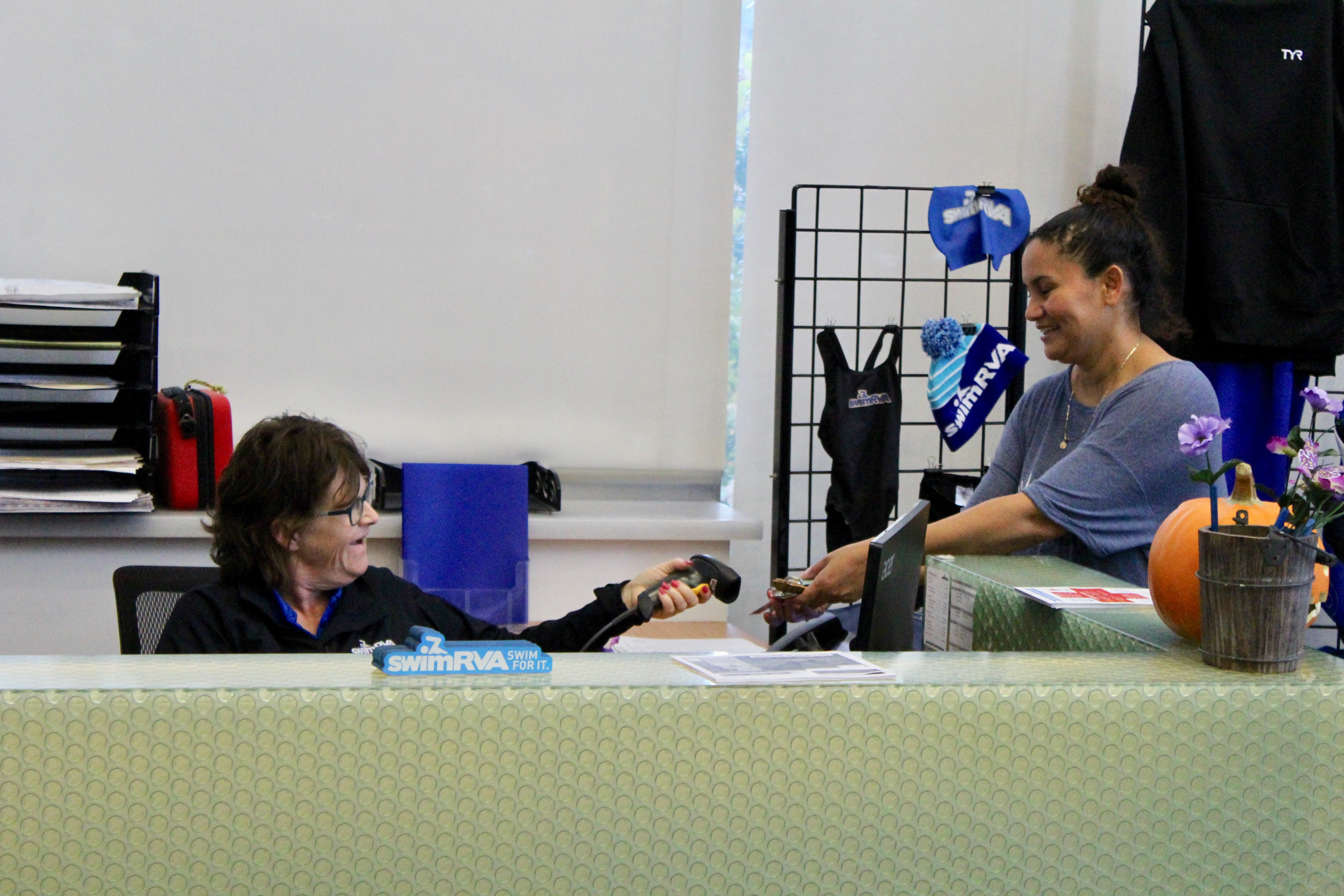 Is there anything you wish you knew about Breast Cancer beforehand?

“I wish I understood all of the side effects that come with the chemo and the expenses that were going to come with this disease. Not only do you put the chemo drugs in your system, but then I had to take daily shots to keep up my blood levels. These shots without prescription drug coverage would have been $750 each. Add to this nausea medication, pain medication, antibiotics, not to mention the expense of multiple surgeries and you quickly deplete your life savings, even with great medical insurance.” 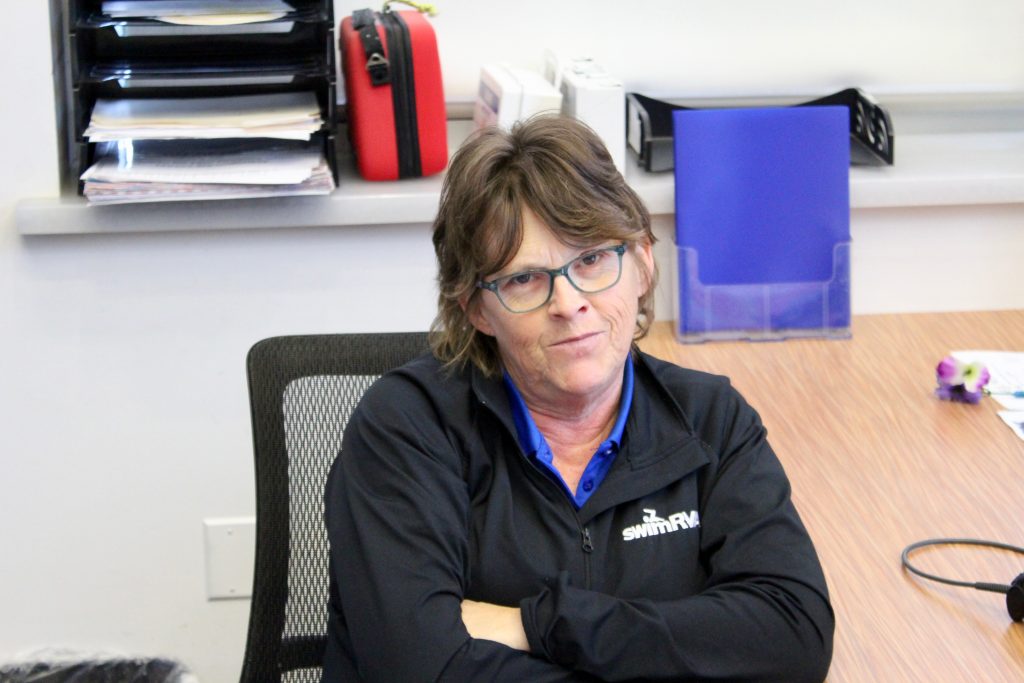 What were some things you did to stay motivated during your battle with cancer?

I stayed active in my son’s life. Chris was in the fifth grade during this time and I wanted his life to be as normal as possible. We went to Nascar races, scouting events, little league games, and even went to Disney World while I was on chemo. It slowed me down, but it did not stop me. I was determined to fight back with everything I had. In addition, my faith confirmed that I was going to survive. I had churches praying for me. Chris’ school praying for me, friends praying for me. I gave cancer to God to deal with and went on with my life.

“Overall I think cancer gave me a greater appreciation of life. I don’t sweat the small stuff. Worrying is not worth it. I feel you should look at the positives and not the negatives.”

Warning: include(incl/search.php): failed to open stream: No such file or directory in /home/forge/swimrichmond.org/htdocs/content/themes/swimrva/single-blog.php on line 95

Warning: include(): Failed opening 'incl/search.php' for inclusion (include_path='.:/usr/share/php') in /home/forge/swimrichmond.org/htdocs/content/themes/swimrva/single-blog.php on line 95